Swift may or may not be queer as her songs often suggest, but it sure is fun finding the clues. 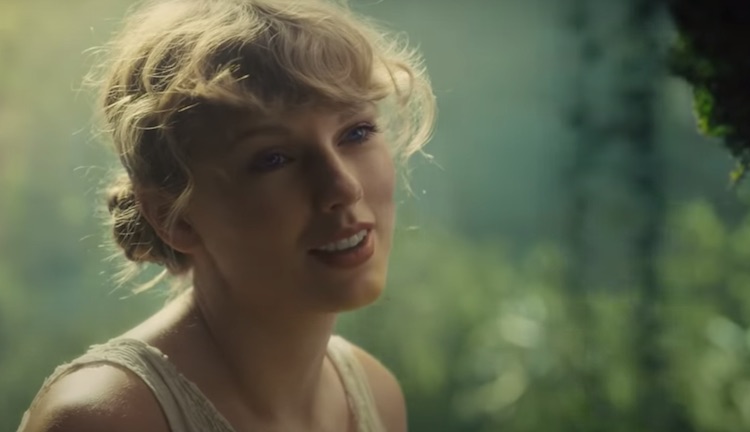 On Thursday morning, the Internet went crazy when Taylor Swift announced that she would be releasing her eighth studio album, folklore, at midnight. When the album debuted, queer women across the world went crazy over the track “betty,” which some have interpreted as “queer canon.” Even though I’m not totally convinced that Swift is actually queer, as so many have surmised, here are all of the lesbian Easter eggs from the new album.

1. “We were something, don’t you think so? Rosé flowing with your chosen family.”

When talking about a past relationship that could have been, Swift mentions “drinking “rosé . . . with your chosen family.” The phrase “chosen family” is so often a clear signifier of queer culture. Swift could have just said “rosé flowing with your family,” but it’s likely she used the word “chosen” to indicate dating someone in the queer community.

Did Swift really get herself involved in a lesbian love triangle with two other girls? It’s possible, according to this song. She follows this line with the lyric “When you are young, they assume you know nothing,” which could definitely refer to how straight adults often assume that kids don’t know and shouldn’t know about being queer.

3. “I think I’ve seen this film before. And I didn’t like the ending.”

Swift’s fourth track, a duet with Bon Iver, repeats the lyric: “I think I’ve seen this film before. And I didn’t like the ending.” This might possibly be Swift’s reaction to lesbian movies and the “bury your gays” trope, in which LGBTQ+ characters are more likely to die than their heterosexual counterparts.

4. “And you’re the hero flying around, saving face”

From: “my tears ricochet”

Could this be a nod to the classic lesbian rom-com Saving Face? Who knows? It’s telling, however, that Swift follows this lyric with the line “And if I’m dead to you, why are you at the wake?” Is she referencing the casually queer Netflix television series Dead to Me? Someone will have to check her streaming history.

5. “You’ll find me on my tallest tiptoes. Spinning in my highest heels, love. Shining just for you.”

There has been lots of speculation that Swift and Karlie Kloss are secretly dating, and this song could confirm it? For Swift to be kissing Kloss, she would have to be on her “tallest tiptoes” because Kloss is 6′ 2,” while Swift is 5′ 10″. And for those doubting this theory because Swift’s current boyfriend, Joe Alwyn, is 6′ 1″, according to these lyrics, Swift is also wearing high heels, which would put her right at Kloss’s height or higher.

6. “I think you should come live with me. And we can be pirates. Then you won’t have to cry. Or hide in the closet.”

How is this song anything but a gay love story? Swift wants to save her gal pal from crying and hiding in the closet. And she mentions some seriously queer imagery including braids, the moon, Saturn, folk songs, and dolls. Come on, could it get any queerer?

7. “Back when we were still changin’ for the better. Wanting was enough. For me, it was enough.”

As this theory goes, in her journey to accepting a queer identity, Swift realized that “wanting was enough.” Just recognizing that she desired to be with women was proof enough that she likes women as more than friends.

8. “Make sure nobody sees you leave. Hood over your head, keep your eyes down.”

Basically this whole song is about hiding a forbidden relationship, and it is likely about a romance between two women. With the lyric “leave the perfume on the shelf that you picked out just for him,” the character in Swift’s song could very well be dating a woman who was in a relationship with a man at the time.

9. “Time, curious time. Gave me no compasses, gave me no signs. Were there clues I didn’t see?”

Here, Swift thinks about the signs and clues that could have made her realize a queer identity earlier in life. But as she sings, that invisible string “pulled me out of all the wrong arms, right into that dive bar,” by which she could likely mean out of the arms of men and into a lesbian bar.

10. Literally every single lyric of this song.

From the image of someone riding on a skateboard past Betty’s house, and feeling like they couldn’t breathe to lyrics about being led “to the garden” and “kiss[ing] . . . in front of all your stupid friends,” this is probably the gayest song Swift has ever written. And for those who are skeptical that it’s written from the perspective of a woman since there is a reference to “James,” it could still be Swift since she was named after James Taylor. Also, Blake Lively and Ryan Reynolds have two daughters named James and Inez, and both names are mentioned in the song.

Maybe Swift is gay as she appears to telegraph, and maybe she’s not. All I know is that I’m a lot gayer than I was before listening to this album and writing this article.