This is a great and timely article from Out Magazine written by:

As is common today, Bri Houk and Lindsey Leaverton met on the dating app HER. They exchanged a few messages and then, within 12 hours, went on their first date, taking wine and a blanket down to Austin, Texas’s free concert series Blues on the Green. The date happened to also be Leaverton’s birthday. Three days later they were officially girlfriends and five days later Houk was professing her love. Now, this week, the pair conjoined their families at a drive-in movie theater-hosted wedding, where they wore cowboy boots under their gowns to walk down the dirt-road of an aisle as about 80 cars of friends and family looked on. But it all started from that first date.

“It sounds crazy but it’s true,” Houk tells Out. “That night, when we got home, we both deleted our app. Three days after our first date I asked her to be my girlfriend and five days after that I told her I loved her. It was just in true lesbian fashion, you know you become girlfriends, fall in love, and get married.” But what was it, exactly, on that summer of 2018 date that stood out? 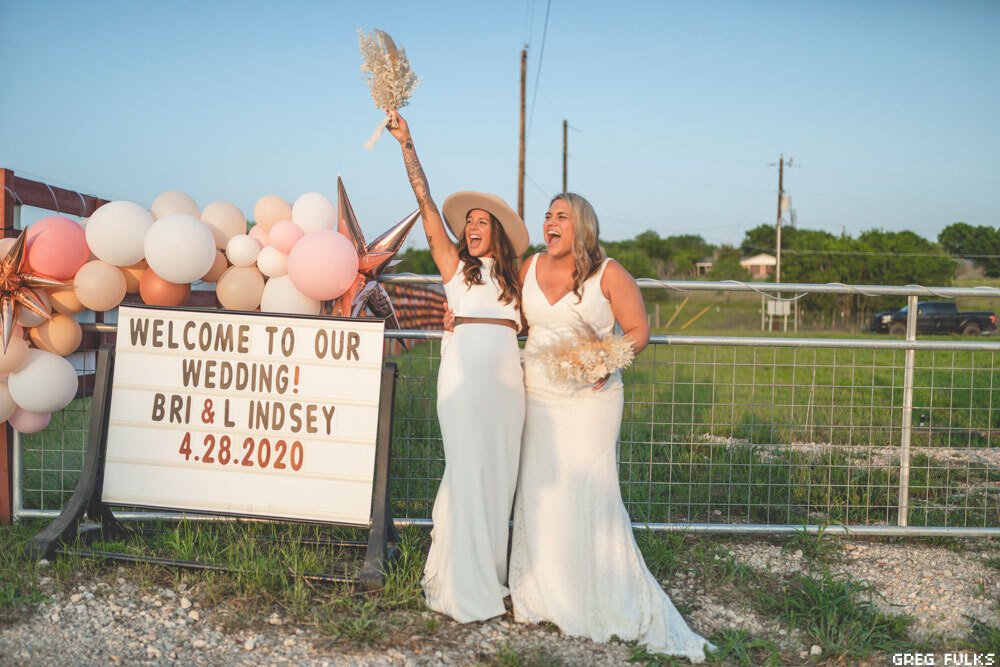 For Leaverton, who is a wealth manager, it was Houk’s ability to not only keep up with the conversation but keep her on her toes. But for Houk, who works in dentistry, it was a specific comment that Leaverton says she never planned on making.

“I was a single mom so I had spent about a year doing some really good self-work and not dating anyone,” Houk explains. She brought a son into the relationship while Leaverton brought twin daughters.”When I finally met Lindsey, I was in a place where I was really ready to invest in someone because I knew that the next person that I invested in was going to be my forever person. When we were sitting on that blanket in the middle of a park on our first date, she looked at me in the middle of a conversation she said ‘Hey I just want you to know that I see you, I honor you, and I believe that you are so worthy of this.’ And it just stunned me for a minute because no one in my entire life like no one in my entire life has ever told me that they see me.” And it was at that moment that they both knew this was different.