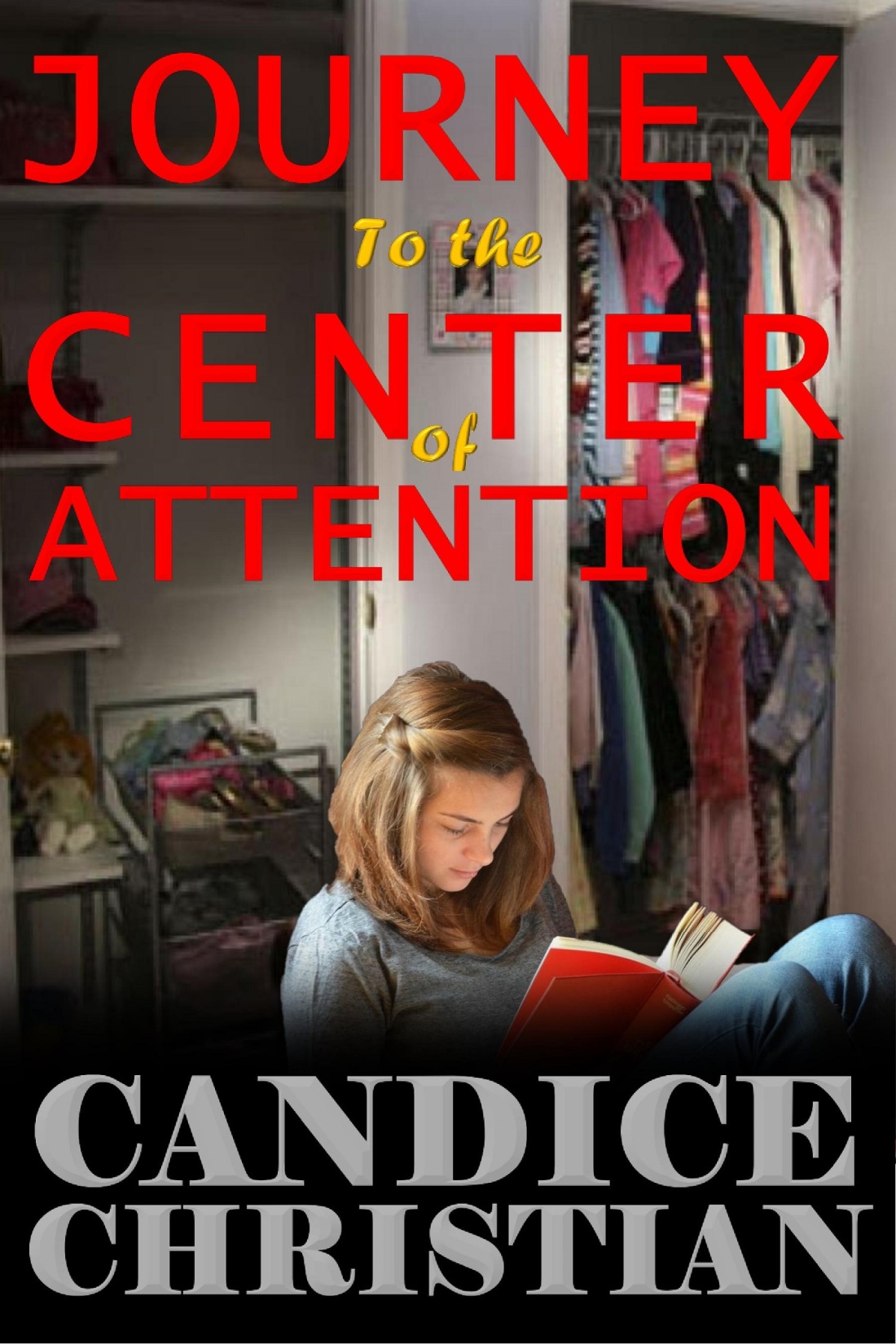 JOURNEY TO THE CENTER OF ATTENTION

Excerpt from chapter one continue…

I answered the door and was dumbstruck by the beauty of the pair. I was so unnerved that I simply couldn’t speak.
“Cat got your tongue honey?,” Ella asked me. ” Why don’t you invite us in?”
Still not able to speak, I opened the door wide and stared slack jawed as the beautiful Ella Stone and her darling daughter walked in and sat down in the front room. Ella continued to give me orders, telling me to get Brianna and herself something cool to drink. For some unfathomable reason, I did everything Ella told me to do without even thinking about it.
While I was in the kitchen getting glasses of lemonade for Ella and Brianna, my mother, Randi, staggered out from her bedroom, still hung over from a night of revelry. Randi was taken aback by the two beauties sitting in our front room and abashedly excused herself to get cleaned up.
I delivered up two glasses of chilled chardonnay and sat down, finally finding my tongue and asking the Stones if they liked the neighborhood. Ella answered, indicating that they loved their new home but that she and Brianna hadn’t made any friends yet, but were looking forward to getting to know folks better.
When Randi came back from getting cleaned up, she focused her attention on Ella and told me to show Brianna around the house. The two of us ambled off into my room as if we had known each other forever and began looking at my old doll collection. We became fast friends, getting together each day and spending the entire weekends together, including overnight trips.
It didn’t escape my notice that my mother and Ella also became fast friends and if I ever wondered where my mother was, I knew to look first at the Stone’s home. Randi even gave up her drinking and carousing because Ella talked her into it.
And Ella Stone and Randi Sampson were also the subject of one of my fantasies. I imagined my chastened mother serving as a submissive cunt-lapper for the beautiful Ella. Even at my age, I had a real kink for older women serving younger women and girls.
It was probably inevitable that we two girls would get around to sex talk and it came after we had been friends for only about three months. Brianna, who even though she was a few years younger than I, had a super little body that held promise of things to come. But even at 18, Brianna was a little hottie who kept my temperature aroused whenever we were together.
One day while playing Monopoly, Brianna asked me if I ever noticed what big ‘tits’ my Barbie doll had.
“I wish I had tits that big, I know that everyone likes big tits,” Brianna said.
I blushed but was very intrigued by the conversation. I eventually got around to ‘I’ll show you mine if you show me yours’ and I was very impressed when little Brianna took off her top and showed me, who was practically flat chested, the beginnings of what would eventually be a great set of breasts. The games progressed quickly after that until I was soon looking at a completely naked Brianna and was completely mesmerized by the young girl.
What I didn’t and couldn’t know was that Brianna’s mother Ella had been encouraging just such a scenario. Ella was a dominant lesbian and had already seduced my mother into being her bed bitch and cunt lapper.
Randi Sampson, who had sworn off men after her husband died, had become a true submissive under Ella’s seductive spell, willing to do Ella’s every bidding. She was completely in love with the big-titted blonde and was spending every spare waking moment groveling at the domme’s feet. In fact, Ella had Randi well on the way to becoming a complete toilet.
Already, every morning, Randi awoke early to rush over to Ella’s to take the younger woman a cup of coffee and to drink Ella’s first morning piss, when it was strongest.
Ella had decided that having a mother-daughter sub combination would be very satisfying and erotic. Ella had been grooming her daughter as a domme since the girl was seven years old, when Ella had one of her subs at the time eat out the tender slit of her baby daughter. Since then, every sub that Ella domme got to regularly dine on the cunt of her young daughter.
Brianna was very precocious sexually and had been orgasming under the oral ministrations of Ella’s subs ever since. From the first day that Brianna and Ella visited the Sampson’s, it had been Ella’s plan to dominate the two females. Ella, of course, was keeping Brianna completely filled in on her domination of my mother and had even had Randi eat the twat of young Brianna several times. Of course, Randi was too humiliated to confide her secret to me.
With Brianna naked in front of me, my sex drive took over and soon I was sharing my favorite lesbian magazine with the naked girl. Interestingly, I still had my clothes on with the younger girl completely naked and looking at the obscene pictures of lesbians sucking each other’s twats.
For Brianna, this near admission of my lesbianism by me was certainly going to step up the timetable for seduction. Brianna, who was incredibly mature for her age, had figured it might take three or four such sessions to bring me to a willing state of subservience to her. But now she figured that shortly she’d be sitting on my face and enjoying a few fine orgasms.