As you all know that follow this blog, it is devoted to Romantic Lesbian Erotica. At least Candice Christian began with that intention. But she found, as most writers in the industry Romantic Lesbianism is a very amorphous entity.

Today the blog will focus on several other authors in the Lesbian Erotica business, some are just starting out some are seasoned writers. I have read them and they are indeed, a great blend of lesbian themes. I bought a few myself.

Wikipedia© says this about Lesbian Erotica.

Erotica and pornography involving sex between women have been predominantly produced by men for a male and female audience. A 1996 study by Henry E. Adams, Lester W. Wright, Jr., and Bethany A. Lohr, published in the Journal of Abnormal Psychology, found that heterosexual men have the highest genital and subjective arousal to pornography depicting heterosexual activity, rather than lesbian activity.[17] Another study indicated that heterosexual men are more aroused by depictions involving lesbian sex than they are by depictions of heterosexual activity, while heterosexual and lesbian women were aroused by a wide range of sexual stimuli.[18] On-screen lesbian sex (in both Western and Japanese pornography), while typically aimed at a male audience, has developed a small lesbian audience as well, but still contrasts with gay male pornography, which is considered a genre of its own.

Jen needed a place to stay in Portland and turned to her father’s stepsister. But, she found so much more than she ever dreamed possible with her “Aunt” Grace.

“Grace leaned forward and rested her square chin on her laced fingers. She kept her straight blond hair cut just below her ears and had four studs, in the rainbow colors, in each lobe. The enticing scent of leather wafted across the table. ‘There are things about me you don’t know.’ ”

By I.G. Frederick
Click here to purchase Dental School
Cindy’s mother tries to fix her up with a dental student. But Cindy finds his instructor much more attractive.

How can Cindy flirt with the beautiful blonde dental instructor while her mother propositions the student examining her teeth on Cindy’s behalf?

“Scooting closer, Cindy pressed her thigh tight against the other women’s. Jean turned, lifted Cindy’s chin with two fingers, and leaned over. Cindy tilted her head back in invitation and Jean pressed her lips against Cindy’s, her hand sliding back behind Cindy’s neck.”

Click here to purchase Prison Life for a Prison Girl

Sexy, 19-year-old Carla has been sentenced to ten years in prison for a crime she didn’t even commit, having been framed by her best friend Terri to take the fall for her. Now she must undergo the hell of that sentence and try to make peace with Terri’s betrayal.

The first part of this hell that is to be her new life begins with the prison transport, which is no ordinary scenario where the prisoners simply sit on a bench at the side of the van. No, the guards begin their fun with the prisoners even before they arrive at their new state residence.

When the prisoners do arrive, there is all sorts of processing to be done, not to mention some that leaves young prisoner Carla humiliated and hating herself for ever trusting her friend. The guards’ abuse of the prisoners is too much for her, and the slave labor to which they are subjected on a daily basis is simply more than she can bear.

But there is one bit of hope for prison girl Carla, one chance that Terri might actually come through for her after all and fess up to what really happened. Will Terri come to Carla’s rescue? Will Carla have to spend ten years of hell in prison for a crime she is completely innocent of? Find out in Penalty, the fourth and final book in the Criminal Lesbian Series.

Some think she is. With her sharp attention to detail, her psychological twists, and her highly detailed descriptions of bondage and discipline that only a master writer can pull off, Kara Salem has written yet another masterpiece that will leave you rooting for Carla as she tries to find her way out of and through a cruel and unfair criminal justice system.

Want to find out all about Carla’s new adventures as she embarks on a journey in a cruel state prison? 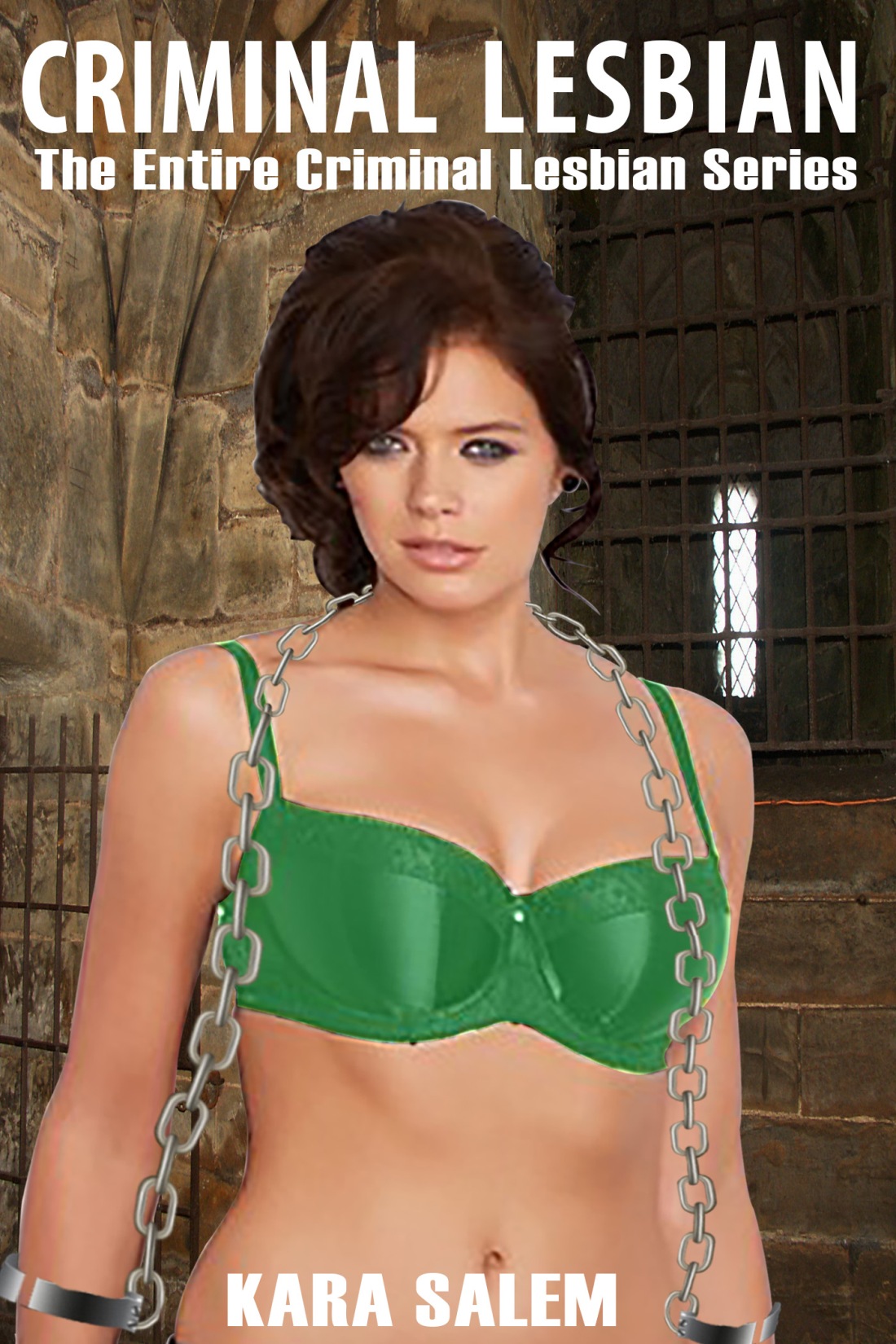 Carla is a hot, 19-year-old woman who has yet another run-in with the law. When her friend Terri frames her for a crime she didn’t commit, Carla must face the wrath of Officer Gloria Jacobs, a sadistic woman whose only job is to extract a confession from her.

Carla, however, is terrified of providing that confession because it will mean a life of prison, hard labor, and abuse. Now she must suffer the cruel punishments Officer Jacobs has in store for her if she is to get through this interrogation intact without providing the confession that will get her into even further trouble.

Whether facing the fierce paddle on various parts of her body or engaging the officer in the ecstasy of lesbian sex, Carla must find a way to endure the torment inflicted upon her and resist the temptations presented to her so she can make it out of this arrest without moving further into a criminal justice system that might rack her beyond her very mind.

After her time of interrogation, indictment, and even a sadistic trial with a menacing judge who will subject the girl to all kinds of harsh treatment to confess to this crime, Carla must go to prison to begin her sentence. And all because of her best friend’s betrayal. The cruelty of life in prison is a reality that will slap the young woman in the face, but she holds out for an ounce of hope in her new life as a prison girl, hope that just might rescue her from the brink of despair and lead her back to a life she can be truly proud of.

5 thoughts on “Lesbian Erotica an Essay”