Whitney and Blake are best friends. Whitney is very lesbian and has her sights set on seducing Whitney on Halloween.

Blake and Whitney have plans for dinner and a Halloween party for the evening. Blake is oblivious to Whitney’s desires for her. And never dreams the evening will be anything more than what the two had planned.

Following a tearful discussion, both decide to go ahead with their plans and attend the Halloween party. Both of them feel it will ease the tension and allow them to talk about their relationship with a better perspective.

The party is everything is was promised to be. Both girls had a great time. Blake seemed to blend in well with the 19 other lesbians in attendance things were looking up for Whitney.

A member of the party suffers an overdose and is rushed to the hospital, and both feel they need to see the stricken person is out of danger before leaving. The crisis is averted and their friend is going to recover. Both women decide to return to Blake’s apartment and finish their discussion.

Whitney and Blake have anxiety about the upcoming discussion and the ride back to Blake’s apartment is silent and little communication occurs between the women until they are back at Blake’s apartment. Neither is sure of the outcome of the discussion. 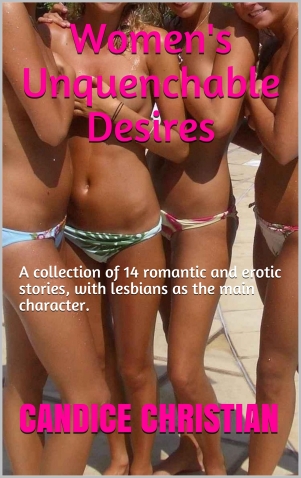 There are fourteen great stories in this collection. Over seven hundred pages, and each story better than the next. Soon to be released in paperback, now only in eBook format, this collection will be a great gift for the holidays. Especially for someone you know that enjoys female erotica.