This is a tipping point for sure. The Catholic country taking the high road regarding same-sex marriage. It seems like Pope Francis is having a liberal influence all over the world. 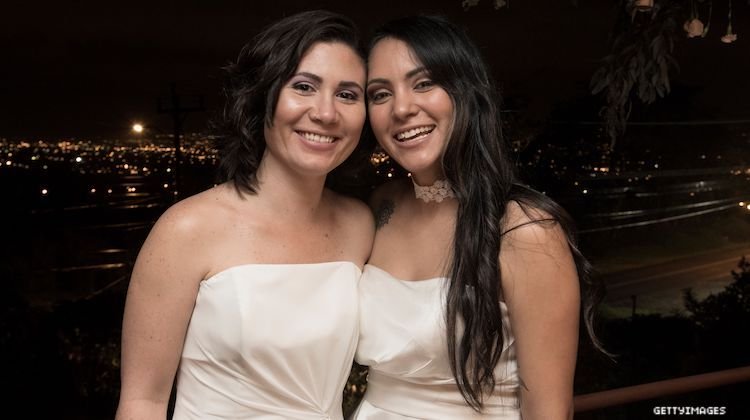 As expected, Costa Rica became the first Central American country to recognize marriage equality beginning today. A few happy couples couldn’t wait to say their vows and at midnight, in a televised event, Alexandra Quiros and Dunia Araya became two of the first same-sex couples to marry after the ruling went into effect.

Quiros and Araya, who were married in Heredia, Costa Rica are likely not the only couple to take advantage of the new laws; due to the ongoing pandemic, many likely did so privately in quarantine ceremonies.

“In a few hours, same-sex couples and their families will have the same rights as any other couple or family in this country,” President Carlos Alvaro Quesada tweeted ahead of the deadline according to a translation. “Together, under the same flag, let’s build a better nation.” Only hours after that tweet, he reaffirmed his support with another.

“Costa Rica officially recognizes equal marriage,” he wrote. “Today we celebrate freedom, equality, and democratic institutions. may empathy and love be the compass that allows us to get ahead and build a country where all people fit.”

Costa Rica is now the sixth Latin American country to recognize marriage equality. Argentina, Brazil, Colombia, Uruguay and most recently Ecuador, already allow same-sex marriage, as do parts of Mexico. Elsewhere in the Americas, Canada and the United States recognize the right to marry.

Costa Rica’s fight to this point has been multilayered. Earlier this month, punches were thrown between lawmakers over the matter, while others tried to delay its passing. But advocates have remained undaunted.

“With their experience, their struggles… they have helped build a society where there are no second-class families or second-rate people,” Enrique Sánchez, Costa Rica’s first openly gay member of parliament, told Reuters news agency of the advocates.