ORDEAL OF THE GITANA

The scene is a dark cemetery, when two females, one a vampire the other a vampire hunter are drawn together by some ancestral curse. 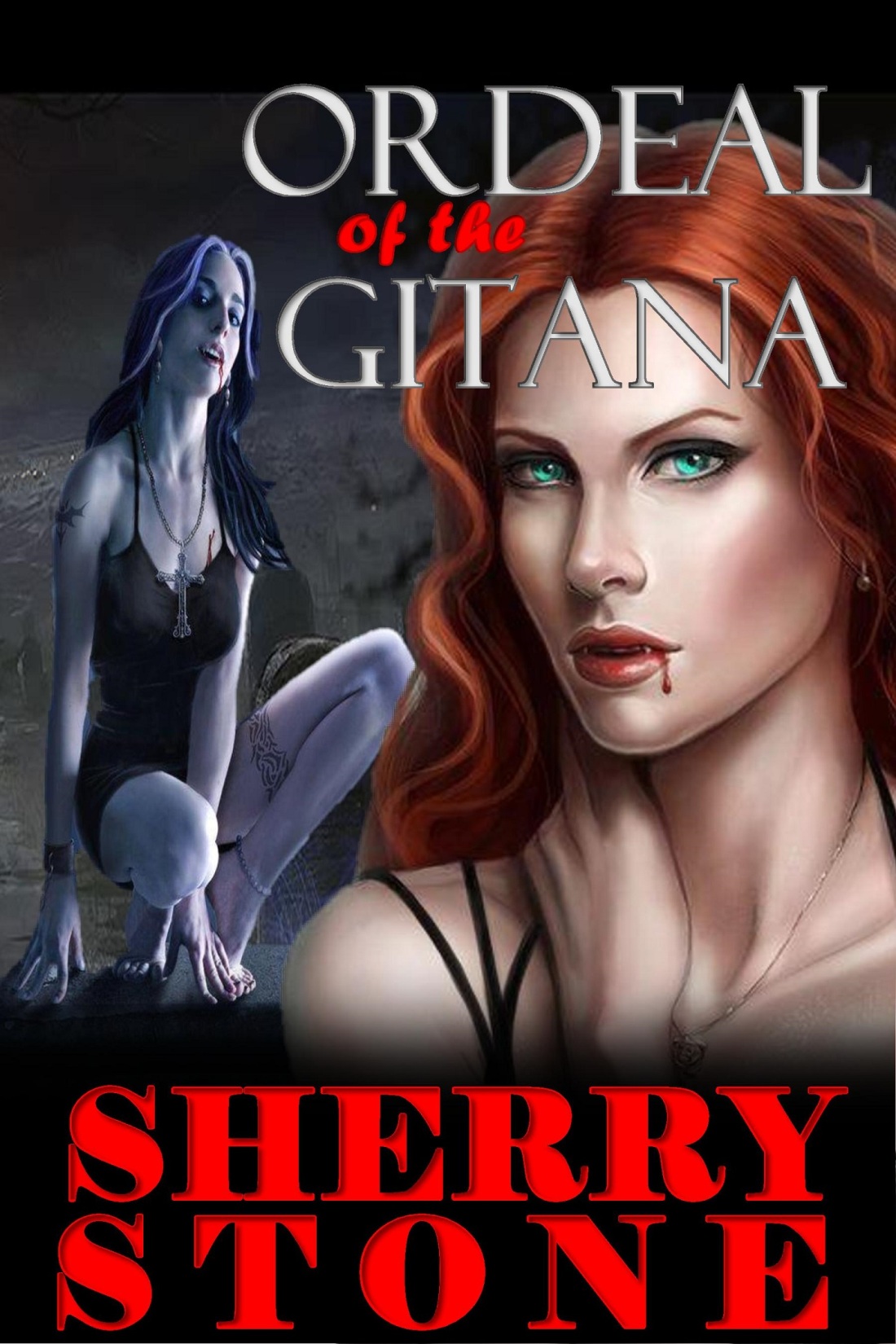 Isobell St. James is a vampire hunter. Her family has followed that calling for centuries. On a normal muggy night in a cemetery, Isobell comes face to face with a vampire, Stephanie, that defies all her understanding of vampires.

The chance of meeting awakens strange dreams and terrible nightmares in the young Isobell. These nightmares set off a series of events that forces young Isobell to seek help from her grandmother to sort out the puzzling meaning.

What Isobell learns, goes against all she has learned about vampires and the interaction that vampires and vampire hunters have. It seems it’s all due to a curse from centuries before. She learns that she may even be the reincarnation of some long-deceased ancestor who perished as a result of a lesbian relationship with the sister of the boy she was to marry. But what role does Stephanie play in all this

Meanwhile, in the background, both Stephanie and Isobell’s families are plotting to thwart any contact between the two girls. Forcing both into fighting their families and the ancient curse to come to grips with why one is drawn to the other.

Here are my social media coordinates:

I really appreciate you reading my book! Please, if you have time, review my book. We writers live for reviews. Comments are the lifeblood of any amateur writer, the currency in which they are paid. It only takes a few minutes to send off a few lines, which is little to ask for in exchange for hours spent creating a story. So be sure to take those few minutes, it can only result in more and better stories in the future.

One thought on “ORDEAL OF THE GITANA”